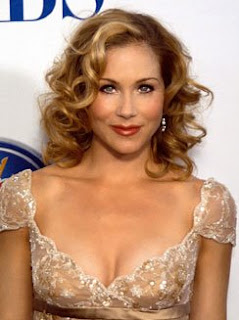 I'm not sure how I remember Christina Applegate, but I do.

She was Kelly from Married With Children, which was a great show. But she was also name dropped in PM Dawn's only hit "Set Adrift On Memory Bliss."

My memory's shot ... and that's not a good thing with Finals Week approaching.

Oh well, I guess I'm gonna have to get by on my looks.

SIU hoops host Saint Louis. The Salukis will look to get back on the 'D' and in the 'W' column tonight against the Billikens. The regional grudge match pits a pair of excellent coaches against one another as Chris Lowery squares off against Rick Majerus.

However, if SIU wants to get back to .500, it's going to have to play the kind of lockdown defense that Saluki fans are used to seeing. Read more about that at noon.

Young Salukis fighting through adversity. I could run this down and break down how the new guys have to adjust to a 40 minute game instead of the 32 minute games from high school. that would be easy. But you know what's easier? Having C-Lo explain it for me.

"They come in so highly acclaimed that they all think they can do what they did as high school seniors. The biggest thing for them to realize is that nobody cares about that," Lowery said. "For them to come in here to blend - and that's what they need to do - blend and help us be good instead of trying to stick out and be individuals."

Damning, but on point. Expect the Salukis to come out hungry and ferocious ... you know ... like dawgs!

Lennon earns Valley's Coach of the Year. Not bad for a team that implemented new systems on offense and defense, had a first-year quarterback to go along with its first year head coach. Yet, I am impressed with Dale Lennon, who deserves most of the kudos for the team's success this year.

Sure, he did it with Jerry Kill's players. But he did it with his system. He let Ryan Patton, James Cloud, Brandin Jordan and Chauncey Mixon shine in the 3-4 defense. He let Larry Warner break all sorts of records in the return game and helped ease Chris Dieker as a first year starter. You couldn't ask for more out of Lennon.