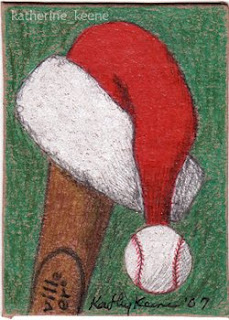 Every team in baseball can't be recession-proof like the Yankees, and that's sad because who wouldn't love to see Steinbrenner sweat it out as three or four teams were also bidding for CC Sabathia and A.J. Burnett.

But all is not lost for the rest of baseball because this feeble market has opened the opportunity thanks to some players who were seen as unaffordable by their respective teams, therefore were not tendered contracts. That means they're free agents, and while I'll use the term "free" quite loosely, they won't cost you an arm, leg, first-born child and 401K in the process.

Let's look at some names, shall we?

Ty Wigginton: Guys like "Wiggy" just don't grow on trees, you know. I'm not sure there is a team out there that couldn't use a player that can play every position on the infield. He has hit .279 over the last three years and could be a valuable asset off the bench.

Takashi Saito: Saito has struggled with his health recently, but when healthy he was a lights out closer before Jonathan Broxton took over for the Dodgers. You can add him to the back of your bullpen and instantly become better.

Daniel Cabrera: The former Orioles flame-thrower is the biggest project of any non-tendered player. He throws hard, racks up a lot of strikeouts but has a major control problem. The right pitching coach could probably turn Cabrera into a front-of-the-rotation ace kind of pitcher or a late-inning stopper if he can solve Cabrera's control issues. Or he could turn into another bust.

Willy Taveras: Speed. Speed. And more speed. That's what Taveras brings to the table. He only hit .251 with a Cesar Izturis-esque .308 on-base percentage but he swiped 68 bags last year. Imagine how many more he could steal if he was on base at a .330, .340, or .350 clip. If your team is looking for a fourth outfielder with speed to burn, consider "Slick Willy" for that spot.

Chuck James: We've covered felxibility, power arms and speed but we haven't found a diamond in the rough. I think that diamond is James. When there is a quality lefty arm out there you have to at least take a look at it, right? Sure, he has had his own health issues, but when right, James could be one of those 40-something soft-tossing lefties. But first, someone's got to get him fixed.