Mark Teixeira is ruining everything. 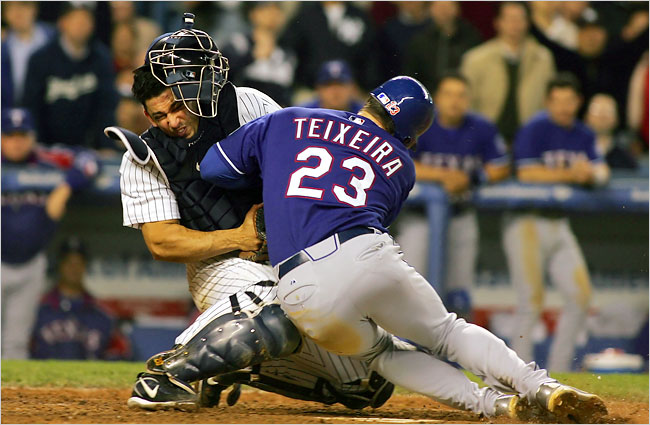 The winter meetings were supposed to bring big signings and trades galore but it's been over a week now and nothing has happened outside of the obvious. (see A.J. Burnett and CC Sabathia going to the New York Yankees)

Part of the reason is the economy which I mentioned weeks ago. The other part is Teixeira taking forever to figure out if he wants $120-140 million from the Boston Red Sox, Baltimore Orioles or the Washington Nationals.

More than likely he ends up with the Red Sox because they are peeved at not winning their third World Series of the decade and have money to spend. I figure they move Kevin "You Kill us" to third base and try to move the rusty, old, overpaid Mike Lowell.

It's boring and quiet. Hell, even the Jake Peavy rumors have died down for the last few days. Nothing will change till Tex makes up his mind and sets the market for everyone else.