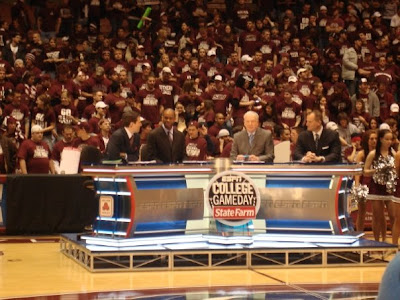 [Ed. Note: This is the final blog in a series of stories that I found intriguing in 2008. This series will cover a storyline from the year that was from the perspective of the Cubs, White Sox, Bears, Bulls, Blackhawks and SIU football and men's basketball. This post details the rebuilding efforts of the SIU men's basketball team.]

The SIU men's basketball team has been carried to new heights by its senior leaders in recent years.

Darren Brooks and Stetson Hairston advanced Southern into the NCAA Tournament's second round. Jamaal Tatum and Tony Young took the team a step further two years later with a spot in the Sweet 16.

However, forwards Randal Falker and Matt Shaw, who looked to etch their names in the history of great senior leaders that would advance the Salukis came up short in their efforts to do so. Despite being a pre-season top-25 team, Falker and Shaw led Southern to what some would call a disappointing season as the team went 18-15 and missed the NCAA Tourney for the first time since 2001.

The season was not a complete failure as ESPN came to Carbondale and gave the University some much needed positive pub as the World Wide Leader hosted its College GameDay show at the SIU Arena with its crew that included Reece Davis, Digger Phelps and his matching tie-and-highlighter set and Erin Andrews(!!!!!!) for a matchup between the Missouri Valley Conference's two premier teams: SIU and Creighton.

They added size with 6-foot-11 redshirt freshman center Nick Evans and 6-foot-8 forward Anthony Booker, who was ranked as the No. 29 senior last season and was a teammate of Roundtree's in high school.

Add sophomore guard Justin Bocot, who sat out last season because of academics and paid his way through school on his own last season, and SIU has the makings of a bright future...

After starting the season 2-0, the Salukis stumbled out of the gate losing seven of its last 10 contests. SIU currently stands at 5-7 (0-1 in MVC) but has the talent to make hay in the Valley. However, it is up to Coach Lowery to harness the talent and find a rotation he can trust. It might take a while, heck, I would suggest that C-Lo might not find the right mesh of guys until March.

Expectations were high for this team, and that's a good thing. Saluki Nation is a passionate fanbase that expects its teams to perform to the best of its capabilities despite a lack of funding compared to the power conference counterparts it has knocked off in recent years.

It will be a complete disappointment if SIU does not make a postseason tournament, but unless it runs off a hot streak in Valley play, the Salukis have to settle for a second straight trip to the National Invitation Tournament.