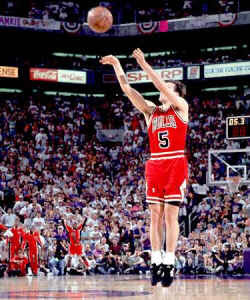 Is John Paxson still the general manager of the Chicago Bulls?

Since draft day, the only team on West Madison Street making any noise is the Blackhawks and that's like one of the signs of the apocalypse.

Drafting Derrick Rose is a nice step in the right direction. However, it's worthless without a supporting cast.

Elton Brand has gone from LA to Philly. Marcus Camby went from Denver to LA. And that low-post scoring threat the Bulls fans are craving...well, they passed on him with the No. 1 pick.

Is it too early to be looking for the 2009 NBA Mock Draft?