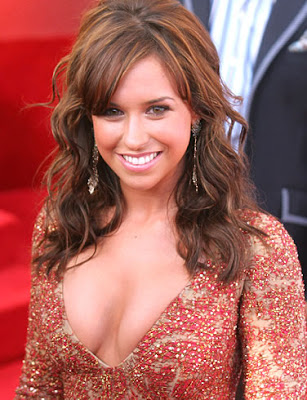 Here's a segment I'd like to really put some work into. Something that puts a nice little cap on the week that was. Aided by the photo of a pretty girl, of course, this week in review thing could take the world by storm. This week it's Lacey Chabert of Mean Girls fame.
Here's what we blogged about:
Well, it's tough seeing the lack of stories this week. That's mostly my fault because I blew the Micah Owings, Carlos Quentin and Mark Cuban feature pieces. But don't worry, they're in the can and will be making the rounds next week.

After that, I'm taking a break as I move back to Carbondale. And after that, who knows? I'd like to add more team members. I wanna get big, people.