The Power Of The Euro 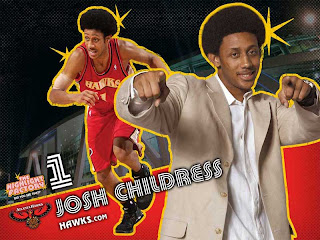 The NBA's global expansion is taking an unexpected turn as NBA athletes are now testing the European waters to get their money right.

Josh Childress, one of the best sixth-man role players would have likely signed for the mid-level exemption with one of 29 NBA squads. Instead, he will be get a multi-year deal worth about $20 million after taxes with Greece's Olympiakos.

Since then, Luol Deng, Ben Gordon and Sasha Vujucic have all flirted with heading across the Atlantic Ocean.

And before that, hot-shot high school prospect Brandon Jennings of Arizona gave David Stern and his NBA minimum age requirement a big F-U, going to Europe after failing to meet the minimum SAT score to attend the school of his choice.

So now what? For years the NBA and MLB have benefitted from foreign stars headed Stateside. Will the emigration to Europe hurt the homeland?

Maybe. Roster depth will be hurt the most, but until you see Dwyane Wade or Albert Pujols darting their respective clubs for Olympiakos or the Chuchni Dragons you won't see much of an effect on America's games.