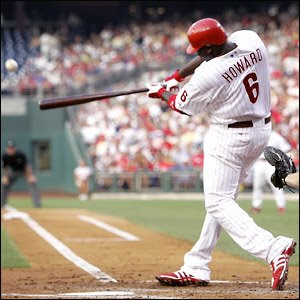 Johnny Damon. I was pretty sure this guy's career was over the day he signed with the Bronx Bombers. His .387 on-base percentage is quite impressive at the top of that Yankee line-up.

John Danks. Arguably, the biggest snub in baseball was the White Sox' other "JD." Danks has a nasty 2.67 ERA, a filthy 1.15 WHIP and only seven (7!!!) wins to show for it. That from a guy who went un-drafted in almost every fantasy baseball league.