Daily Dosage: Back To Your Regularly Scheduled Program 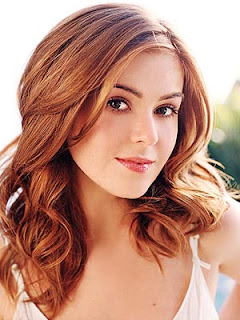 Ah, the blunders of the internet. A lack of internet connection had stunted the progress of this blog which allowed me to do other things (like wash the dishes). Isla Fisher, the crazy little sexpot from 'Wedding Crashers', is today's eye candy. I can't believe she's married to Borat. He must be hung like a polar bear.

Cubs Take Advantage Of Wrigley North, Win 2nd Straight Road Game. The Chicago Cubs extended their lead in the NL Central to 2 games by virtue of their 6-4 victory over the Brewers in what is slowly growing into a very intense rivalry.

Derrek Lee went 3-for-5 and picked up three key RBIs. His first came in the first frame, driving in Alfonso Soriano who led off the game with a double and then stole third base. The second was a gift ribbie on a fielder's choice that should have been an inning ending double play until Rickie Weeks' defense reared its ugly head. The third was came when Soriano scored on D-Lee's ninth inning double.

Lost in the game's booming bats (J.J. Hardy, Ryan Braun and Alfonso Soriano also homered) was some solid pitching. CC Sabathia and Ted Lilly posted quality starts but were not around to fare in the decision. Carlos Marmol picked up the save and Chad Gaudin notched the win, punching out the side in the eighth.

Twins Slow-ey Sox's Roll, Cut Deficit To 1.5 Games. The pitching match-up looked to favor the South Siders, on paper. I guess that's why they play the games on the field. Twins starter Kevin Slowey outdueled the crafty lefty Mark Buehrle, limiting the Sox to six hits in a complete game, 7-0 shut out.

Justin Monreau went 2-for-3, blasting his 17th homer of the year to center and recently recalled outfielder Denard Span hit his first career homer off Buehrle, a two-run shot to put the Twinkies on the board.

The Sox were a few feet away from putting one on the board when Jermaine Dye drove one deep to left that was called a home run even though it appeared to hook foul. Dye, who acted like it was a foul ball the entire way, rounded the bases only when Jim Thome signaled to his teammate it was a homer. But Twins manager Ron Gardenhire argued the call which was eventually overturned.