Dan Pompei, You Are Ridiculous! 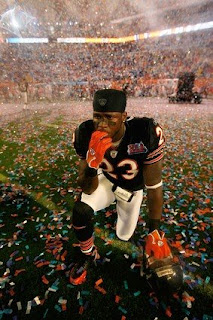 Are the editors at the Chicago Tribune asleep? Drunk? Coked out with Lindsay and Paris? Maybe I shouldn't out and out insult the company I dream to work for, but someone's asleep at the wheel if a column that suggests the Bears trade (arguably) their best player for draft picks.

Devin Hester isn't the best player in the NFL and heck, he might not be the best player on his team. But he is the team's only offensive threat. Let me repeat that so it can sink in there for those of you still focusing on that picture of Amber Heard in the post below. Bears. Best. Offensive. Player.

That's got to account for something, especially since the Bears' offense is as threatening as a stuffed animal.

Enough analogies. Trading Hester would be dumb. End of story.