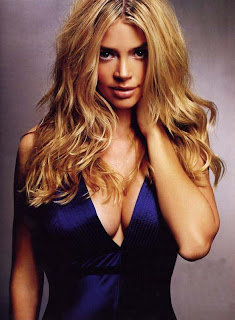 Yeah, I'm still on my Kerry Wood post-mortem trip. Can you blame me?

The guy's arm was killed by Ed Lynch and Jim Riggleman. Brought back to life under Don Baylor. And then almost massacred at the hands of Dusty Baker.

He deserved better. I guess it will be OK in the end because like ex-Cubs who were scorned in the past (Maddux, Grace) I feel as if Wood will win a World Series ring before the Cubs do.

It makes sense. That's how it always happens.

In the "I told you so" moment of the week, Bulls guard Ben Gordon scored 35 points and rookie guard Derrick Rose notche 16 points, 6 assists and 9 rebounds as the Chicago backcourt had an excellent go of things against the Mavs.

Dallas was led by Josh Howard, who notched a double-double by scoring 21 points and pulling down 11 boards.

SIU faces SDSU in MVFC alphabet soup showdown. Ryan Berry and South Dakota State University may have flown under most people's radars with a 4-loss record ... but not Dale Lennon's.

Lennon and the No. 9 Salukis have prepared for stud-QBs high-powered passing attack all week. SIU has so much to play for. Its seniors. Its playoff spot. Its playoff rnaking. And most importantly, a possible share of the Missouri Valley Football Conference championship.

I'd be completely shocked if SIU didn't come out with both guns blazing.

Where's yours truly gonna be tonight? You can catch me at the SIU Arena at 7 p.m. where I'll be covering the SIU women's basketball team's regular season opener against Saint Louis University.

You can get a +1 rating if you can tell me what a Billiken is.

Check out the Saluki Orphan's preview on siuDE.com.

And yes, I'll be tweeting.