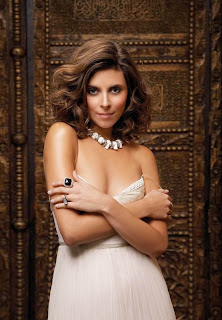 Can you believe the nerve of the Chicago Bears?

I get up early, write my stories, edit my stories and bake a cake early Sunday morning just so I can watch one of the NFL's most storied rivalries.

And how am I rewarded? By the Monsters of the Midway laying a monstrous egg in Green Bay. Sickening. Absolutely sickening.

The loss puts the Bears, Packers and Minnesota Vikings in a three-way tie for first place in the NFC North. Like I said: Worst 3-way ever.

Shame on you, Bears.


Packers bounce Bears into first-place tie. I guess by this headline you can tell The Neckbeard didn't save the day. But the Chicago's ineptitude didn't stop there.

Devin Hester hasn't shown up all season as he ranks 30th among returners. It looks like he's taken a money, gone to an island and has sent a look-a-like to take care of his on-field business. The defense didn't show up to stop the run or the pass.

Yet I bet all you'll hear about is Rex Grossman's sh*tty day Before you ask, The Neckbeard

The defense does it again. The SIU football team scored 35 first-half points as it hosted another must-win game at McAndrew Stadium. However, unlike Western Illinois, the South Dakota State University Jackrabbits had the kind of offense that stretched the Salukis to the limit.

A 14-point third quarter tied the game at 35 before a fourth quarter 28-yard field goal by sophomore kicker Kyle Dougherty became the game-clinching score for SIU.

But it wasn't that easy. The Saluki 'D' stepped it up in the final period and did not allow the Jackrabbits to score. And when the Evil Bunnies looked poised to take the game into overtime or even score the leading touchdown, cornerback James Wheeler stepped in front of a Ryan Berry pass headed towards the sideline to seal the win.

Jacobs > Scott. In the battle for Saluki pride, New York Giants running back Brandon Jacobs reigned supreme over Baltimore Ravens linebacker Bart Scott. No. 27 rushed past, through and around B-more defenders for 73 yards and two touchdowns as the Giants bested the Ravens, 30-10.

Scott made four tackles in the game as Baltimore dropped its record to 6-4.