This is why the Cubs continuously fail 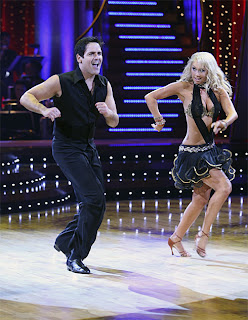 /breathes a sigh of relief

There is only one good reason (and I mean legit) reason that the Cubs have been monumental losers over time.

Well, actually, there are a lot.

Curses? Of course not.

The reason the Chicago Cubs have been failures for 100 years now is because there is no commitment from the top.

There, I said it.

The latest news out of the City of Wind is that Mark Cuban has no chance in hell of becoming the Cubs' new owner is more proof of that.

It all starts from the top.

Experts say the Cubs don't have enough talent in their minor league system to acquire Jake Peavy, the kind of front-of-the-rotation starter that could help push the Cubs beyond the first round.

That's not really news to Cubs fans, seeing that they were one of the last teams to implement a farm system. Why? Because ownership at the time believed it cost too much money to run a minor league team and a major league team.

And you thought being the last team with lights was a sign that the Cubs were behind in the times. Not having minor league affiliates set them back to the point where it still affects the team today because they don't have a history of young talent evaluators

And don't even get me started on the College of Coaches.

They've shunned management (Dallas Green), their best players (Greg Maddux, Mark Grace) and even their fans (remember when they were scalping their own tickets?) and have gotten away with it.

Because beer, blondes and the occasional baseball game are enough to keep "the other 15 percent" coming out to Wrigley Field for a good time.

And yes, the Tribsters have shelled out money the last two offseasons at Alfonso Soriano, Ted Lilly, Jason Marquis (why?), Aramis Ramirez, Carlos Zambrano and Kosuke Fukudome and it's been great. It's the kind of commitment they should have had all along.

But it's not genuine. The heads at Tribune Tower thought they were playing with house money, backloading contracts to let another owner pick up the bill.

If this keeps going, I hope for Tribco.'s sake that they have a contingency plan.

And then there was Cuban.

A knight in shining armor if a Cubs fan ever saw one. A man who has taken the Dallas Mavericks from the NBA doorstep to the doorstep of an NBA title. A man who cares so much about his team, he doesn't sit in a box: he sits courtside.

Yet, Bud Selig and his cronies aren't going to let that happen.

Thanks, Bud. The Cubs don't need your help to further frustrate a fanbase that hasn't seen a World Series winner in its lifetime. They do fine on their own, thank you very much.