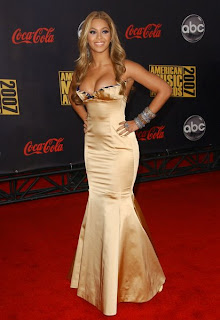 I hope Jay-Z doesn't get mad.

Or maybe I do. See, I've been waiting for a classic Hova album that wasn't inspired by a feature motion picture for a long time so he needs to step his game up. Gimme something classic Jay, I don't have time to be waiting.

Anyway, I've gotten off topic. On with the Dosage.

Sex Cannon unloads on Lions. You could hear the groans from Carbondale. Kyle Orton, out. Rex Grossman, in. Down 23-10 at halftime. You could chalk up the Lions' first victory and the headlines of failure.

But not so fast my friend.

Grossman scored a pair of touchdowns to help the Chicago Bears keep the Detroit Lions by virtue of a 27-23 victory.

And guess what, Sexy Rexy ain't goin' anywhere for a while.

Salukis run wild on Fighting Sioux. In Thursday interviews, I asked SIU running back Larry Warner what he would do as an encore to his career-best 168 yard performance against Missouri State. His answer was simple: "keep going." Warner did just that, rushing for 256 yards and two touchdowns in SIU's 40-21 victory against the University of North Dakota.

It wasn't just Warner though, the entire SIU offense tallied 428 total yards in the win. It looks like everything is coming together for one of the Missouri Valley Football Conference's top schools.

SIU set to tip-off a new season. The new-look SIU men's basketball team gets its first game action in front of the home faithful tonight against Missouri Southern.

The Salukis feature star point guard Bryan Mullins, a preseason All-MVC selection, along with several newcomers that are expected to help carry the scoring load for a school whose focus has always been (and will always be) defense.

Tonight's match-up between SIU and Missouri Southern is the first of two exhibition games this season. I'll becovering it for the Daily Egyptian at the SIU Arena. This could be fun.