Soto wins NL Rookie of the Year, wonders what it's like to catch Jake Peavy 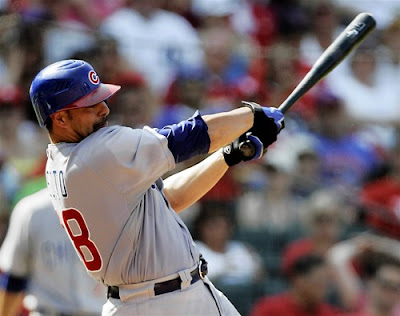 Catcher Geovany Soto was a near-unanimous choice for the National League Rookie of the Year award, becoming the fifth Cub player to do so.

The rookie backstop did it all this year.
Maybe next year he'll catch Jake Peavy if GM Jim Hendry commits to throwing every prospect in the Cubs' organization westward to San Diego.

Ramirez's claim to fame this season were the four grand slams he hit for the South Siders this season.