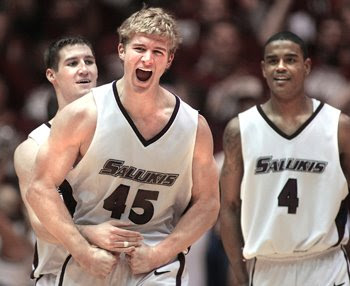 It wasn't pretty at times, but it was good enough for an 82-59 win against Missouri Southern.

SIU scored early and often in the first half as it opened up an 11-point lead in the game's opening minutes before an aggressive offense pushed the lead to 27 at halftime.

Sophomore forward Carlton Fay led Saluki scorers with 17 points in 11 minutes, including the team's first five to open the game. He was a force in the post and on the perimeter, but wasn't a major factor in the second half.

Guard Kevin Dillard was the only player of the team's much-heralded freshman class to start. He joined seniors Bryan Mullins and Wesley Clemmons in the team's starting backcourt.

Dillard scored 12 points, but turned the ball over eight times and that's something that needs to be changed before the games start to count.

In what will likely be a key stat as the season goes on, the Saluki bench outscored the Lions 42-12 behind the efforts of Justin Bocot (11 points), Anthony Booker (9 points) and Christian Cornelius (8 points).

And even red-shirt freshman big man Nick Evans got in on the act, scoring seven points and grabbing a team-high 11 rebounds in 15 minutes of play. We'll see how far Evans has come along as the team starts playing games that matter in the standings.

SIU returns to action Thursday night as it hosts another school I've never heard of to close out its exhibition season.