Jon, Kate Plus 8 Things You Should Read Today 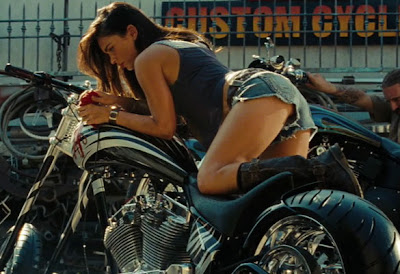 What better way to get hits than with a Megan Fox pic to go along with a Jon & Kate Plus 8 headline?

So much drama in the LBC ... er ... TV land ... yeah, that's more like it. Bothered by the Jon, Kate drama thanks in part to the overload of Facebook and Twitter, I've decided to turn back the hands of time here at TBDS and bring back the Daily Dosage.

If only for one lunch break.

Oh, and something about Erin Andrews, too. She became part of the topic of conversation today in the press box in Marion, Ill., only one year and six months after gracing Saluki Nation with her presence. Erin, please come back.

Now that that's over with, it's time to sit back, relax and watch the hits come in.