Daily Dosage: The Best of the Rest Part I 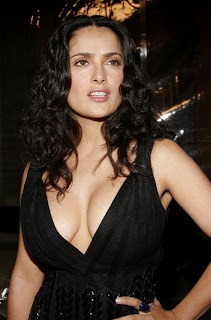 So last week's Top 10 celebs list came under some scrutiny. Go figure. Apparently my list was too plain.

Look, I just like attractive women. Personality is optional.

All jokes aside, the return of the Dosage will focus on the lovely ladies that missed the list. In all honesty, they probably should have made the list.

Chickipedia presents: Salma Hayek to kick off the week.

Bocot blows up. I'm driving the Justin Bocot bandwagon. I've been driving it for a while and I will continue to drive it until he is named the Valley's newcomer of the year.

OK, maybe that's asking much, but after a slow start and a heap of adversity, there's a certain No. 23 in maroon lighting up scoreboards. [Daily Egyptian]