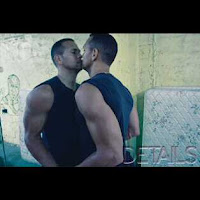 Now, back to your regularly scheduled blogging.

Don't you remember when you were a kid and you had your first crush? You probably spent more time in front of the mirror trying to figure out the right words to convey your feelings to her than actually speaking to her. Heck, I still have that problem now.

But when you're making upward of $27 million a year, picking up starlets is as easy as hitting a Kevin Gregg fastball.

And A-Rod exemplifies it with his recent home run that came off of the playing field.

Sources of the NY Post revealed that it looks as if the slugging third sacker might be socking it to the beautiful and talented Kate Hudson.

Our source said a bartender at the Southwestern joint at 85th Street "was asking patrons not to go in the back room around 1 a.m. because A-Rod and Kate Hudson were back there making out."

One staffer at the restaurant confirmed to Page Six the two were there celebrating the Yanks' win against the Minnesota Twins.

"Yes, they were here together," the server told us, although she did not witness any lip-lock herself.

Another source said the two were spotted over the weekend outside the glamorous 15 Central Park West, where A-Rod rents an apartment.

Let me get this straight:

Maybe I need to take a road trip to the Bay Area and schedule an appointment with Dr. Barry and change my career path.

A-Rod And Kate Hudson Spotted Together In Manhattan [NY Post]