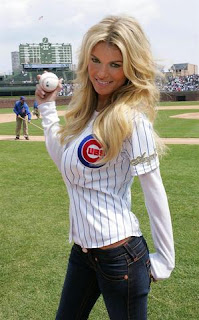 It looks like the sale of the Chicago Cubs has hit a snag ... not that it should be news to anyone.

Because the Ricketts family missed a deadline and has only raised $400 million of the $900 million price tag, the sale that was expected to be completed in May, will be delayed.

The longer this plays out, the worse the Cubs will get. Not that what happens in the ivory towers has a direct correlation with what happens on the field, but whoever owns this team right now has his/her/its hands tied right now. In a nutshell, all that means is not to expect high-price mid-season acquisitions, or even possibly a lack of contract extensions at the end of the year.

As for the remaining $500 million, the Ricketts family plans on borrowing it from the outside. College graduates around the nation are wondering where they can get that kind of deal.