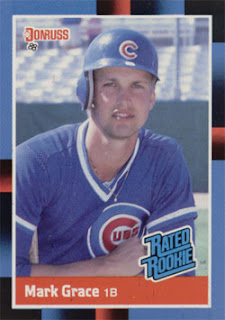 Do you remember when Matt Stairs was a Chicago Cub?

I wish I could forget.

He replaced Mark Eugene Grace, who appeased the fans in the stands and in the bars.

While he won't go to Cooperstown, he'll always be remembered as one of the all-time great Cubs.

Mike Fontenot should be honored to wear his jersey number.

I guess now would be a good time to tell you that Stairs hit the game-winning home run in the Philadelphia Phillies' Game 4 victory over the Los Angeles Dodgers.

Yes. The same Dodgers that eliminated the Cubs in the first-round.