Is pressure the problem? 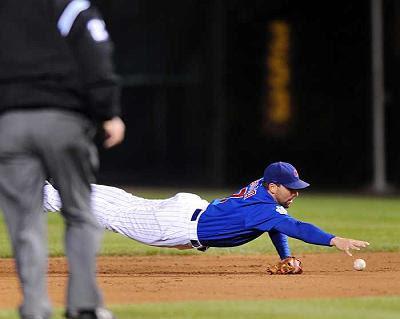 Even though the 2008 Chicago Cubs were better than their 2007 counterparts, both suffered the same fate.

But how can a 97-win team be dominated by an 84-win squad that got into the playoffs even though Houston and St. Louis had records that would have won the NL West?

Derrek Lee won a championship with the 2003 Florida Marlins, breaking the hearts of Cubs fans worldwide. He should be immune to pressure, right? Not so fast my friend.

Courtesy of The New York Times:

“No question, there’s a larger weight in Chicago,” Lee said after the Cubs were swept from the playoffs for the second year in a row. “I hate to call it pressure, because it’s hard to put more pressure on us than we put on ourselves. But you can feel it in the city. They want it bad. It’s understandable. But it’s all about how you perform on the field.”

“You read about it every day, the 100 years,” DeRosa said. “You know about it. Every guy who signs here wants to be part of the team that gets it done. You look at what happened — if I turn a double play, it changes the complexion of Game 2. It’s one of those things; I don’t know. I’m just in shock that this is the end.”

Notice that section in bold?

And maybe that's the problem.

It's in their heads. The goat. The cat. The Bartman. All of it.

If that is the case, the only way the Cubs are going to win a World Series is if Jim Hendry fields a team of robots that are oblivious to the fact that the North Siders have been title-less for 100 years and counting.