The Internet And Baseball 101 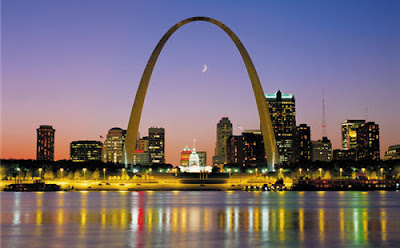 I usually stay away from message board stuff, because that is the kind of crap that is posted from mother's basement.

However, while searching my sports pages (because that's what us newspaper folk do) I stumbled across this from the STLtoday.com sports page.

A nice open forum that says:

Here's to memories as a Cub Jim!"

Allow me to answer your question thoroughly. Play along at home if you'd like. We can do this together.

The question at hand: "why aren't the cocky fans still singing loudly in unison at Busch Stadium right now?"


They're not playing in St. Louis

I'm glad you have the Internet, Wing, but I'm not sure you're using it to its full capacity. You wonder why there is no singing at Busch right now? Well, that's because the last two games were played in Chicago, Illinois.

Just type in "mapquest.com" where the URL goes. Then click "directions" and type "Chicago" in the starting location and "St. Louis" in ending location.

Note: make sure it's Chicago, IL and St. Louis, MO

If you can do it successfully, you will find that the two cities are separated by approximately 295.21 miles.

That's one reason there was no singing at Busch Stadium.

The Cardinals are not in the playoffs

Now that you realize that the last two Cubs playoff games were hosted in Chicago, not St. Louis, we can continue to use the internet to answer your question.

Go to "mlb.com" and click "standings" on the bar that goes across the top of your screen.

If you look at the standings you'll notice that the St. Louis Cardinals finished in fourth place in the National League Central Division behind the Houston Astros, Milwaukee Brewers and Chicago Cubs.

By finishing fourth in the division, the Cards ensured themselves that they would miss the postseason for a second straight year.

And if by the grace of Lou Brock and Stan Musial, that the Redbirds' 86-76 record was good enough to grab the NL Wild Card, the Cubs and Cards still wouldn't meet in the NLDS because they play in the same division.

The only time the Cubs and Cards can meet in a playoff season is if both teams were to reach the NLCS.

And if that would have been the case this year, the Cubs would have hosted the first two games.

Again, no games at the new Busch Stadium.

Cubs fans aren't terrible people. Sure, Steve Bartman gets a bad rap, but don't let one bad apple spoil the rest of the tree.

Wing, maybe you should take into consideration that the type of loud singing the Cubs do after victories (the singing of "Go Cubs Go" is of course what I am referencing) might be grounds for a noise violation.

Maybe Cubdom wants to be a group of law abiding citizens, especially in a visiting city.

Unlike some people we know.


Maybe Cubs fans thought you'd be tired of the singing

Again, Cubs fans are a delightful breed of people.

Polite, if I may say so myself.

Another reason there was no singing at Busch last night is that Cubs fans were tired of singing at the Cardinals expense.

The Cards have to be tired of hearing "Go Cubs Go" sung at the top of the lungs of 40,000 people nine out of 15 times this year and 41 times over the last four years.

Those Cubs fans, so considerate.

I used the internet (yet again) and found this information at a reputable stats site.

A very simple reason the Cubs weren't singing: they're down 0-2 in the best of five NLDS series.

Checking out ESPN's website would be helpful to you if you would like more information pertaining the series or any sporting event that is relevant in today's world.

Well, Wing, I hope that was helpful.

Furthermore, allow me to finish my rant.

I don't understand where some people get off hating the Cubs (especially people in St. Louis).

You have a wonderful franchise that has 10 titles, a new stadium and a beer factory within walking distance. You should be happy.

Instead, a lot of you continue to take pride in the suffering of a franchise that has been handcuffed by a cheap and stingy ownership group for the majority of my 22 years on this planet as a Cubs fan.

Hating on the Cubs is like picking on the fat kid in gym class because he can't run fast.

No shit he can't run fast, but wait 'til he grows up, realizes he can be a defensive lineman and takes out his frustrations on you in a game of tackle football.

I don't understand the point of hating on a team that's been bad.

There is no logical reason to hate the Cubs, a franchise that hasn't won a World Series since 1908 or a pennant since 1945.

You want someone to hate, well, here's a list to close out my rant. Happy Friday and enjoy your weekend.
You know what all of those teams have in common?

A winning history. Go pick on them, and as I channel the voice of Chris Crocker..."LEAVE THE CUBBIES ALONE!"

You should not waste your time with MapQuest. Much better: maps.google.com. Give it a try.