Breaking down the most obvious statement ever 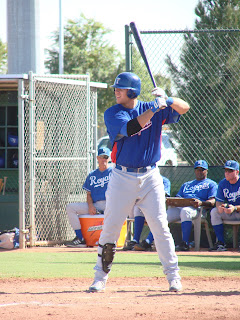 Per the Chicago Tribune's article by Paul Sullivan:

"One of Jim Hendry's off-season priorities is to find more left-handed hitting, though the Cubs' general manager cautions it's not as easy as it sounds."

Let's focus on the first half of that lead.

"One of Jim Hendry's off-season priorities is to find more left-handed hitting..."

Let's break it down a little bit more.

One of Jim Hendry's off-season priorities is to find more ... hitting.

There we go, much better.

I understand the idea of a balanced line-up, I really do. And I don't want lefties in the everyday starting nine just because they hit from the left side of the plate. I know affirmative action lovers will hate on me for it, but just because you're left-handed doesn't mean you're qualified to play for the Chicago Cubs.

That's what I want.

Jim Edmonds was nice, but bringing him back for one more year just screams Gary Gaetti and 1999. Kosuke Fukudome was "fuk'n" awesome in the first half and then he decided to just collect paychecks in the second half of the year once he entered manager Lou Piniella's dog house.

The point I'm trying to make here is that the Cubs need hitting. Lots of it. Specifically, in playoff games.

And you know what I really don't get? People wanting to trade one of the few guys who showed up in the playoffs.

But don't worry, I'll get to that in a much more spirited post later.

Again, the point is to get good hitters, not just guys who can hit from a certain side of the plate. It's the silliest concept I've ever heard of.