Why, Yes. We Do Have Another TBDS Birthday: A Very Merry Birthday List II 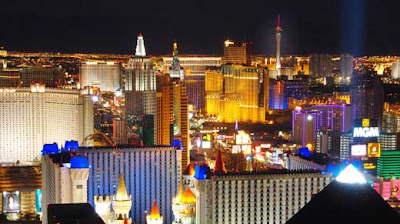 Sometime this winter, Jeff and I will go to Las Vegas to celebrate his birthday. Until then, I need a birthday gift (or five) to hold him over.

One week after yours truly celebrated his "Michael Jordan Birthday," NBA scribe Jeff celebrates his 21st birthday. While the No. 23 holds great significance in Chicago sports, as it was worn by greats such as Jordan, Cubs Hall of Fame second baseman Ryne Sandberg and Bears receiver/return specialist Devin Hester, the No. 21 has a whole different connotation.

For me, 21 signifies great Cubs such as Sammy Sosa, the not-so-grand Jason Marquis and the mercurial Milton Bradley.

Oh, and there was this Roberto Clemente guy who used to wear No. 21 for the Pittsburgh Pirates. Apparently he was pretty good.

For Jeff, it signifies one more thing: All drinks on him this weekend as TBDS returns Friday to Wrigley Field as the Cubs and Cardinals square off in baseball's best rivalry. Weather permitting, of course.

But this is less about this weekend and more about what I would get Jeff for his birthday, because anyone who would banish Kevin Gregg and Phil Rogers on a remote island as a gift for someone who turns one year older, deserves something special.

1. Baseball Fandom. I want Jeff to find happiness in a baseball team that will not let him down. There is so much garbage surrounding America's Game, whether it involves players unable to count to three or how many steroid needles they took in the butt, it must be hard for the man I know as Jeffe Del Mundo to find a team. And by the looks of it, the only team without any links to steroids no longer exists.

So here's my pitch, let's bring together all the non-steroid greats and put 'em on a baseball team to play at Rent One Park in Marion, Ill. And because a lot of the steroid busts happen to link young, Latino ball players, I present to you the lilly-white baseball team.

2. A Transformation Chamber. Last I checked, yours truly cannot turn back the hands of time. If I could, I would reverse course on the stupidity of the Milwaukee Bucks' offseason. Richard Jefferson to the Spurs for nothing, Charlie V to the Pistons as a free agent would have never happened. Brandon Jennings' disses on Ricky Rubio and being the first man to ever call Scott Skiles a n**** would not be reversed, if only for entertainment's sake.

But what does exist, somewhere in a Chicagoland basement, is Steve Urkel's transformation chamber. And since the Bucks seem hell bent on making Jeff watch the NBA Lottery show for the next 10 years, I have the perfect use for it.

And suddenly, we have a contender on our hands!

3. A Job At The Milwaukee Journal-Sentinel. Graduation looms in Jeff's near future and he will go through a phase yours truly just recently went through. I call it the "Ohmygodidon'tknowwhati'mgoingtodowithmylife" phase. It's as normal as that thing on you know who's lip. Anyway, the MJS has a pretty good baseball guy in Tom Hardicourt but their basketball beat is disappointing to say the least.

And if there's anyone that can do the job it's Jeff. And he already has the experience of covering the NBA under his belt. The Journal-Sentinel shouldn't give Jeff a chance, they should just give him the f****** job!

5. Send In The Clones! Call me narcissitic, but Jeff needs another sports writer for a relatively young and inexperienced DE sports desk and there are only a few people that could fit that description to a tee. One of them happens to be me, who is now inelligble because I exhausted my four five years of eligibility at SIU. That is why I must be cloned to continue a glorious sports desk tradition.

But why stop there? Let's clone Brian Feldt and Sean McGahan. Heck, let's even clone Jeff so we can send the clone into the EIC's office. Thus a sports desk of clones that would make the staff at the Chicago Tribune worry about their job future.

And they would be led by a great mentor, great friend and even better person: the real Jeff Engelhardt.