TBDS Day At The Park Take II: Saturday Friday In The Park 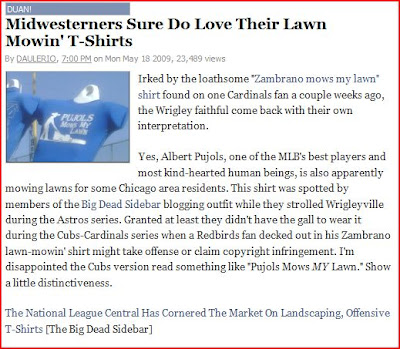 The proudest moment of my life. You know, other than that one time I kissed that pretty girl. Or that time I got hired by an actual newspaper.
Ladies and gentlemen, weeeeeeee're baaaaaaaaaaaaaaack.

The last time TBDS members had a day at the park, we had a memorable day in which we uncovered this shirt and were subsequently picked up by numerous actual news sites such as NBC Chicago and The Huffington Post, not to mention the ultimate tip of the cap of being DUAN'd on Deadspin.

So, what do we do as a follow up. Who knows? But here are some predictions:
Oh, you were looking for something out of the ordinary. My bad.

As an aside, it's good to be back home in Chicago. I miss this place sometimes. The food. The atmosphere. The gas prices at $3.25 per gallon at the Shell on Irving Park & Pulaski. OK, so I don't miss that part, but if you know me then you will get the gist of what I'm saying.

We'll have some sort of recap, I'm sure.