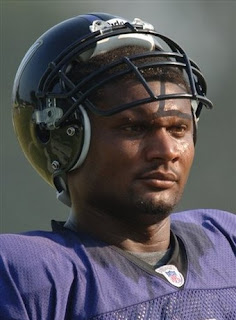 It's hard to believe that it was 10 years ago I was watching Steve McNair play my beloved St. Louis Rams in the Super Bowl, coming up just one yard short of winning that game.

Today, McNair, 36, was found dead in downtown Nashville, along with an unidentified female in what is being reported as a double homicide.

McNair was one of the toughest players I ever saw play the game. Despite suffering frequent injuries, McNair had a determination to play through those injuries that is not often seen in today's game.

In 2003, McNair shared the NFL's MVP award with Peyton Manning, an award that was long overdue for one of the game's great quarterbacks.

He was best known for his time with the Houston Oilers/Tennessee Titans organization, playing 11 of his 13 seasons there before finishing his career with the Baltimore Ravens.

The third overall pick of the 1995 NFL Draft out of Alcorn State made three Pro Bowl games and joined Fran Tarkenton and Steve Young as the only quarterbacks to pass for 30,000 yards and rush for 3,500 yards in their careers.

They say the good die young, but in McNair's case, it was entirely too young.