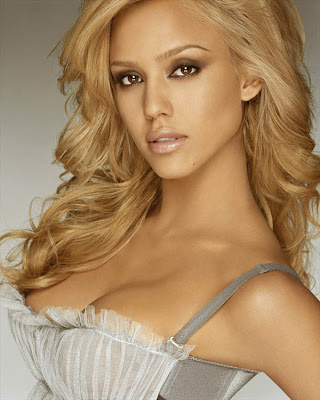 Jessica Alba rocks my socks. She's an OK actress, her best work is behind her (like Dark Angel, yum!) But she could be a terrible actress, she's still delicious and I know many men that would drop their iPods, iPhones and other iThings at her beckon call. Heck, I'd be one of them.

And remember visit siuDE.com, just do it and don't ask questions!

Cub slump busters put Pirates in the pits. Kosuke Fukudome and Jim Edmonds combined to go 6-for-9 with five RBIs and two runs scored in the Chicago Cubs' 12-3 victory against the Pittsburgh Pirates.

Ted Lilly pitches seven strong innings, striking out seven while limiting the Bucco's to three runs on seven hits, improving his record to 13-7.

Earlier, the Sox and the O's played the end of a suspended game in which the Sox were the home team despite re-starting the game in Baltimore.