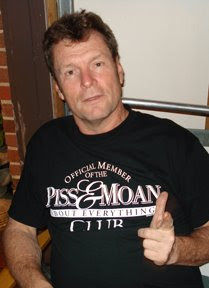 Did anyone notice that Mike North made a guest appearance in Wednesday's Red Eye?

I guess you would have to read the Tribune Co.'s newspaper for the attention challenged to have seen it.

Northy will apparently be a guest panelist in the Red Eye's five-on-five where five panelists answer...you guessed it...five questions. North has been out of the spotlight since late June when The Score 670 did not renew his contract, making him a free agent.

For those of you who aren't up to date with Chicago sports talk, North is The Godfather of WSCR, who came from the humble beginnings of a hot dog vendor to being one of Chicago talk radio's must hear voices.

So where did he go wrong? In a nutshell, he got full of himself. According to those in the industry, he orchestrated the end of the Monsters of the Midday show he co-hosted with Dan Jiggetts. Then he followed that blunder and made his two biggest mistakes.

He moved to the mornings and he stopped talking sports.

Chicago Sun-Times reporters Brian Hanley and Mike Mulligan, who cover the Bulls and Bears respectively, have vacated their mid-morning slot and moved into North's 6-10 a.m. spot. It's arguably the Score's most intelligent sounding show and is helping WSCR regain the credibility it lost during the end of the North era.

For now, North is just another shock jock priced out of a market he created.

North has been doing the red eye thing for over a year now... look it up... this isn't new

No, it's not new, you're right. However, since his contract squabbles with the Score began he hadn't shown up on the Red Eye's pages.

It makes me wonder if there's a gag order in effect in which he cannot bad mouth WSCR wherever he goes on.