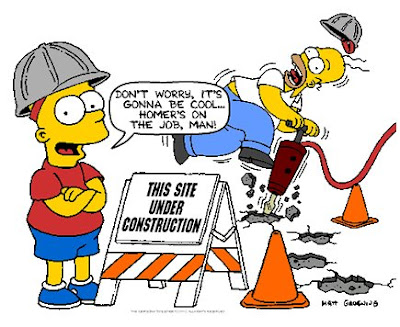 A new day for TBDS is a-comin'. New writers, posts and an expanded list of topics are among changes.
Yes, being assistant sports editor at the Daily Eygptian will be a challenge, but it comes with the territory. So if you're worried that I won't be here, don't be. This is like my baby...if my baby was to consist of sports blogging, of course.

Other examples of change:
So keep your eye to the sky and your ears to the street. The Big Dead Sidebar is moving on up!