Kenny Williams is cashing on the bargain that is Alexei Ramirez 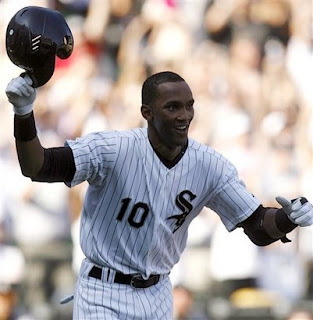 Alexei Ramirez came to the Chicago White Sox from Cuba as a relative unknown.

Now, the Cuban Missile is becoming a daily feature on ESPN's Web Gems and an offensive force in the American League.

Despite batting in the .100s during April, Ramirez has rebounded and is currently hitting .314 with 15 homers and 58 runs batted in and would be closing on a Rookie of the Year award if not for what Evan Longoria is doing with the feel-good story of the year, the Tampa Bay Rays.

Nevertheless, Ramirez's ascent to a cult following in Chicago is surprising only to outsiders. Hawk Harrelson calls him the best player in the organization, and despite what VORP tells me, I have to agree.

Ramirez possesses every skill and instinct you want a baseball player to have. And now, the stats got his back. His .821 OPS ranks among the best among middle infielders.

Oh yeah, and there's the fact that he's playing out of position. In fact, scouts say he's playing his third best position. Ramirez, who came up through the ranks as a shortstop, played excellent center field earlier in the year.

Having a player like Ramirez on your roster is worth every penny, especially when that player is making pennies on the dollar.*