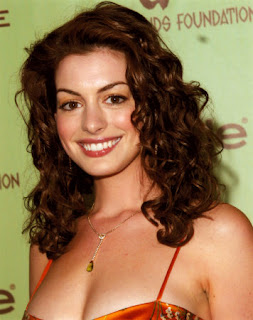 Thanks to the help of my trusty sidekicks, we have selected the absolutely gorgeous Anne Hathaway to be Friday's eye candy.

I'll be in Chicago tonight and Evanston tomorrow to cover the SIU/Northwestern match-up.

Dare I call the upset?

I guess that lead's me to today's shameless cross-promotion. I've got an eye on Northwestern, especially their high-octane offense. I'm not impressed with the fact they almost lost to Duke. My cohort Brian Feldt has a nice lil' preview of the game. He'll be in St. Louis covering the Rams and the New York Giants in search of the beast known as Brandon Jacobs.

And as always, check out siuDE.com for more stories.

The Rich Report: Grade-A stuff. Crunched for time, I will be unable to do a full-on Rich Report this afternoon. Sad, I know. So let's take a quick look at how Rich Harden helped the Cubs extend their NL central lead over the Milwaukee Brewers to 5.5 games.

Harden allowed only two earned runs in six innings of work for his fifth win in a Cubs uniform.

B.J. saves the day for the B-Jays. B.J. Ryan is an intriguing closer (especially for me because he's on my fantasy team). It seems like whenever I see the highlights on SportsCenter, he's walking the bases loaded and then striking out the side to preserve the win.

Ryan picked up the save by (of course) striking out the side in the bottom of the ninth, working around a rare Scott Rolen error.