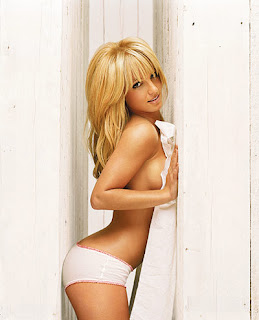 Remember when Britney Spears was hot? I mean smoking hot. I mean, so hot you wished you were Justin Timberlake or that she was "of age." Just me? Anyway, she apparently resurrected her career last night. Good for her. My advice: if you hook up with anymore back-up dancers, use a rubber.

On a side note: it seems that MTV is really pushing this whole 'OMG! Britney's back!!!!1' thing. It makes sense, seeing they'd be the only ones to profit from it.

Well, MTV and K-Fed, of course.

It's been awhile since I dropped a shameless cross promotion, so I got some stuff for you to check out.

SIU beat Hampton University 37-31 on Saturday night to open the Dale Lennon Era. The vaunted Saluki defense was a no-show in the second half, but playmakers on the offensive side of the ball made the difference. Heck, SIU's best is taking home the hardware, already. Find these stroies and more at siuDE.com.

On to the Dosage!


Sweet Redemption. Kinda. OK, so it came 19 months too late for most Chicago Bears fans, but better late than never, right?

The formula that took the Bears to Super Bowl XLI helped them pick up a 29-13 upset victory against the Indianapolis Colts.

Matt Forte carried the ball 23 times and accumulated 123 yards on the ground and scored on a 50-yard touchdown run and the defense scored on a fumble recovery and limited the Colts to two field goals and a touchdown.

The Kyle Orton Era (Remix) went off without a hitch (for the most part.) The Neckbeard completed 13-of-21 passes for 150 yards, and most importantly, did not committ a turnover.

ChiSox can't complete the sweep. The White Sox did their part of delaying the inevitible this weekend by taking two of three from the Los Angeles Angels of Anaheim, California, U.S.A., North America, Western Hemisphere... this weekend. But by avoiding the sweep, the Halos cut their magic number to clinch the AL West to three games.

Joe Saunders moved his record to 15-7 by allowing only two runs in 7-1/3 innings.

Wood blows (save) and Dusty still blows. So that "easy" part of the Chicago Cubs remaining schedule didn't work out to well. The Cincinnati Reds took two out of three from the North Side Nine, who have only won one game in September.

The fact that the Dustbag is getting his kicks out of this series makes me wish Jeff Kent would have never saved little Darren?

Too harsh? Nah. Dusty would have blamed it on stat nerds, for if he had more players who "clogged the bases", his son would have never been in harms way.

Thankfully for the Cubs, the Milwaukee Brewers have been slumping too. And like I said at the beginning of the month, the Brewers are bound to implode. Still, I'm not worried (though apparently I should be).

Luis, these half naked women are quite the eye catchers...however I have a hard time associating them with sports. ^^