South Side in attendance slump 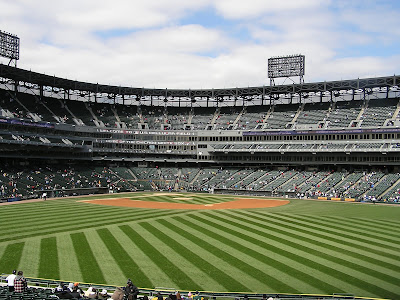 The Chicago White Sox have the best bullpen in the history of baseball, according to Joe Morgan.

The White Sox also have the best right handed hitter today in baseball, also according to Joe Morgan.

Then why aren't they showing up.

Via Biz of Baseball:

Ouch! And this is a team that is actually good. Unlike last year's team that sucked so much, Jay Mariotti was asking for Ozzie Guillen's head.

Oh wait, that's not news to anyone.

As for their North side rivals, the Cubs, they are one of eight teams that are getting more people to the park.

So how do we get people to "The Cell?"
In fact, I might have to take the six-hour trip north to get some. Be back soon!

you are looking at a drop because of season ticket holders --- aka band wagon jumpers ---- leaving after a shitty 2007. Sox fans don't support a bullshit product unlike the tourists on the North Side.