Daily Dosage: The Johan Santana trade works for everyone 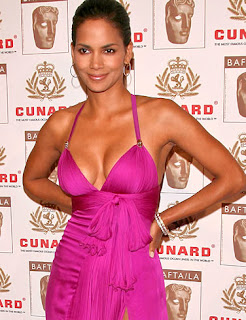 So rather than search far and wide for the next best thing, I typed "Halle Berry" in my Google search bar and that's how I came up with today's choice.

Insert another Santana, Supernatural headline here. If you listened the reports by baseball's talking heads this offseason, you would have thought Johan Santana was going to go 34-0, undefeated in the playoffs and bat .400 with 40 home runs and 150 RBIs.

Maybe that's what I get for spewing my venom yesterday. I don't care, I needed that yesterday.

Javier Vazquez's ears are likely being filled with expletives. Maybe Ozzie Guillen was right about Javy.

Vazquez, who was challenged by the White Sox skipper to be more aggressive, dropped his record to 12-15 by allowing five runs on seven hits in four innings in the South Siders' 9-3 loss to the Minnesota Twins.

The win by the Twinkies brings them within 1.5 games of the Pale Hose, whose magic number remains at 5.

The magic number for this segment, 3, as in different nicknames I used for Chicago's South Side baseball team.

As for the other part of the Santana trade, Carlos Gomez, he went 2-for-4 with his 32nd stolen base of the season.