The Weekender is a blog with links to things you should read while spending time at your computer over the weekend while I'm spending time away from it.  Must read links after the jump.  Oh, and pretty girls, too.  (Ed. Note: I didn't even realize I missed The Weekender last week.  That's what happens when real life interferes with blog life.) 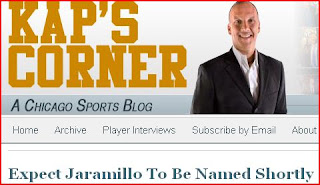