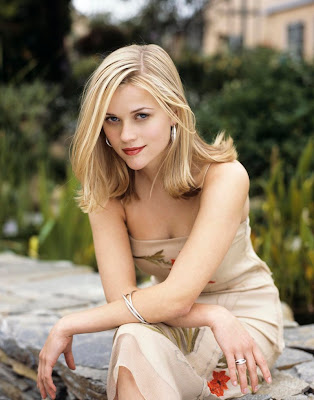 It's the holiday season and the stunningly beautiful Reese Witherspoon comes to mind. Maybe it's because she's in the holiday hit Four Christmases with Vince Vaughn. Granted, I have yet to see the movie so I should probably hold off on calling it a hit. But my undying crush for a woman with three first names (Laura Jeanne Reese) and my man crush for Chicago's own Vince Vaughn could probably overcome a shotty script and crummy acting if it came down to it.

I'd like to use this picture of a very attractive woman to make an announcement.

In the coming days, you will see several year-end/year-in-review blogs from the staff here at The Big Dead Sidebar among other things. So bear with us if we're not posting pics of hot chicks, ridiculing team management, awful announcers, dumb fans or busting someone's balls for something stupid they've said or done on a daily basis

It's the holiday season, ya know. Besides, there's no need to worry. There's another 365 days of that coming just around the corner.