Cubs no longer have Wood 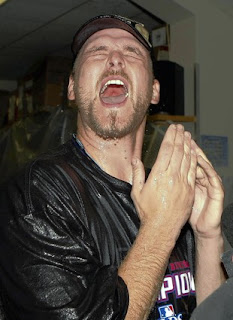 If there was one bullpen that started more fires than it put out last season, it was that of the Cleveland Indians.

And when you have Joe Borowski closing out games, you might as well be throwing gasoline on the fire. So in comes another ex-Chicago Cub. This one a flame thrower.

Wood will likely be known to Cubs fans as this generation's Greg Maddux. A bright star whose future could have been better had he stayed healthy and in a Cubs uniform. Like Maddux, Kid K was loyal to the North Siders to a fault and was meant to win a title wearing those familiar blue pinstripes.

But it was never meant to be.

Wood will take his 34 saves, 86 strikeouts and oft-injured flipper to Jacobs..er..Progressive Field for two years and $20 million with an option for a third year. And the Cubs will get nothing in return as they did not offer the former phenom salary arbitration.

And that's no way to rebuild the farm system, seeing it will be depleted if this Jake Peavy trade will ever get done.