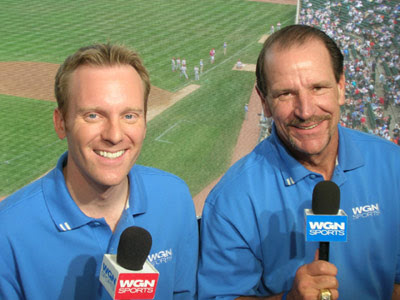 I guess this is what I get for enjoying the managerial foibles of the Milwaukee Brewers.

One of their top candidates to replace Dale Sveum is none other than the best color analyst in baseball, the Chicago Cubs' own Bob Brenly.

Personally, if I was BB, I wouldn't touch that job with a 10-foot pole even though it provides a classic good news/bad news scenario.

Good news: No chance for a classic Brew Crew collapse.

Losing BB would be a sad day for those of us who enjoy the snarky/analytical remarks of Brenly, who like his predecessor Steve Stone (who wasn't as much of a pompous douche as he is now) was willing to tell the truth, the whole truth and nothing but the truth about the state of the Cubs.

"You can throw a dart at the visitors dugout and find a better defensive outfielder than Alfonso Soriano."

At least we'll have Len.

So let's run down the candidates?