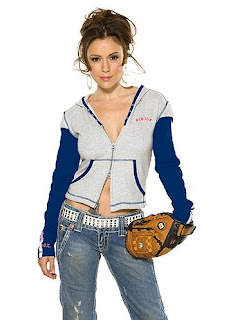 Alyssa Milano. *Sighs* Now that's what comes to mind when I think about Fantasy Baseball. I digress as I breakdown how each of my eight teams made the playoffs this year against how Roto Authority tells you how to do so.

Other quality bits of advice: