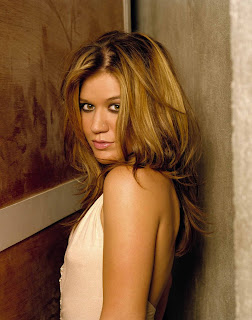 What kind of blogger would I be if I didn't make a Trojan joke after last night's upset.

A bad one, that's what kind.

You readers out there are lucky because you're going to get greeted with an extended session of "Dosage."

I hope you're prepared. I know Big Papi is.

Chi-Town Choke Fest Pt. I. A part of me is bothered that manager Lou Piniella continues to send out the Iowa Cubs to play Major League Baseball teams, but it almost worked two nights in a row.

Unfortunately for the Chicago/Iowa Cubs, the real Bobby Howry showed up, Koyie Hill did his best Michael Barrett impression by blowing the tag on Ryan Church and Micah Hoffpauir (despite two home runs) proved not to be Derrek Lee in the bottom of the ninth.

In the end, both Carlos Beltran helped my fantasy team by delivering a game winning single off Kevin Hart (not the comedian) to complete a 7-6 come-from-behind win for the New York Metrosexuals.

Jose Reyes, who scored the winning run, also swiped a bag that inning.

A Chicago White Sox fan who texted me after the Iowa Cubs loss must not have been happy with the way his team bit the bullet against the Minnesota Twins, who now sit in first place in the AL Central with three games remaining.

Gavin Floyd (another one of my fantasy studs) was stellar Thursday, but Bobby Jenks (who pitched in the eighth, ninth and tenth innings) gave up the lead and then the game.

The Sox have three games against the Cleveland Indians, including the potential season-finale against Cy Young hopefuly (and another fantasy stud...no wonder I'm winning in championship week) Cliff Lee.

As for the Twinkies, they get three against the Kansas City Royals.

'25 Years Later' comes to a close. This has been a fun week of stories, covering the 25th anniversary of the 1983 National Champion SIU Salukis football team.

The players seem to be genuinely excited about returning to Carbondale.

Apparently, one of my stories has gone missing online. I'll find it, 'til then, check these stories out.

What 2 Watch 4
Quality Linkage:
The Week In Review:
Thank you for supporting The Big Dead Sidebar. We promise to be better next week.