This has just got to be a coincidence, right? 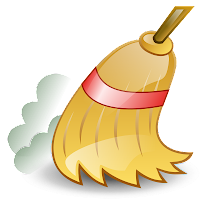 At first glance, the Chicago Cubs sweep of the Atlanta Braves would have been more impressive had it happened against the vintage Bravos of Maddux, Glavine and Smoltz.
As for a mini-breakdown. The doubleheader sweep where the Cubs won both games by at least eight runs was the first of its kind since 1908...the last time the Cubs won the World Series.

The eight game road winning streak is the team's longest since 1945...the last time the Cubs appeared in a World Series.

Still, a season sweep of any team is impressive.

Remember, the lowly Florida Marlins swept the season series from the Cubs in 2007, keeping the Brewers hopes alive and not allowing the Cubs to clinch the NL Central.

Oh, did I mention that the Cubs start a series against the Marlins tonight?

Coincidence? I think not!