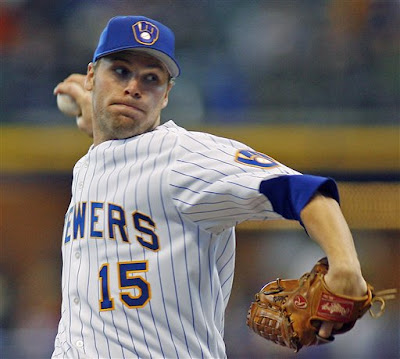 Get your pencils and scorecards ready.
AL Line-Up

OK, so sometimes predictions do not go as followed. But I wasn't too far off.

I nailed Ichiro, Jeter, Youkilis, Mauer and Pedroia on the AL side. And you can flip-flop Fuku and Soto on the NL side. And I wasn't too far off on Braun or HanRam.

And I was on it with Lee and Sheets as the top candidates.

With a .288 batting average 16 home runs and 56 RBIs at the All-Star Break, is Geovany Soto the best ninth hitter ever?